Modernist Jewel in the Heart of Huntington Beach

The Huntington Beach library system has been around since 1909. Various buildings and locations around the city served the purpose as the community grew during the first half of the 20th century. The idea of building a new and larger library was approved in the late 1960s. The architectural firm of Richard and Dion Neutra was selected for the project. Richard Neutra died before the contract was signed so the design was realized by his son, Dion. The site of the new Central Library was a 350 acre park with a small lake. It was selected for its beauty and it's location, being central to the city's population. The Huntington Beach Central Library opened in 1975.

The original design included an outdoor, spiral ramp that provided access to the lower level. In the early 1990's, however, an extension was approved for a new wing that would include a children's section, a theater and meeting rooms. The city awarded the project to the architectural firm of Anthony & Langford, whose design enclosed the spiral ramp. It's still there, but now it's indoors. I can't help but wonder how complimentary a Dion Neutra-designed extension might have been to his original concept.

All pictures below are mine.

Here is the northwest corner of the Central Library, showing the glass facade of the western wall and the dry floor of the reflecting pool and concrete waterfall:

Huntington Beach Public LibraryThe northwest corner and the glass facade of the western wall,...with the drought-stricken concrete waterfall and reflecting pool in the foreground.

The northwest corner again, this time showing the curved retaining wall for the reflecting pool: 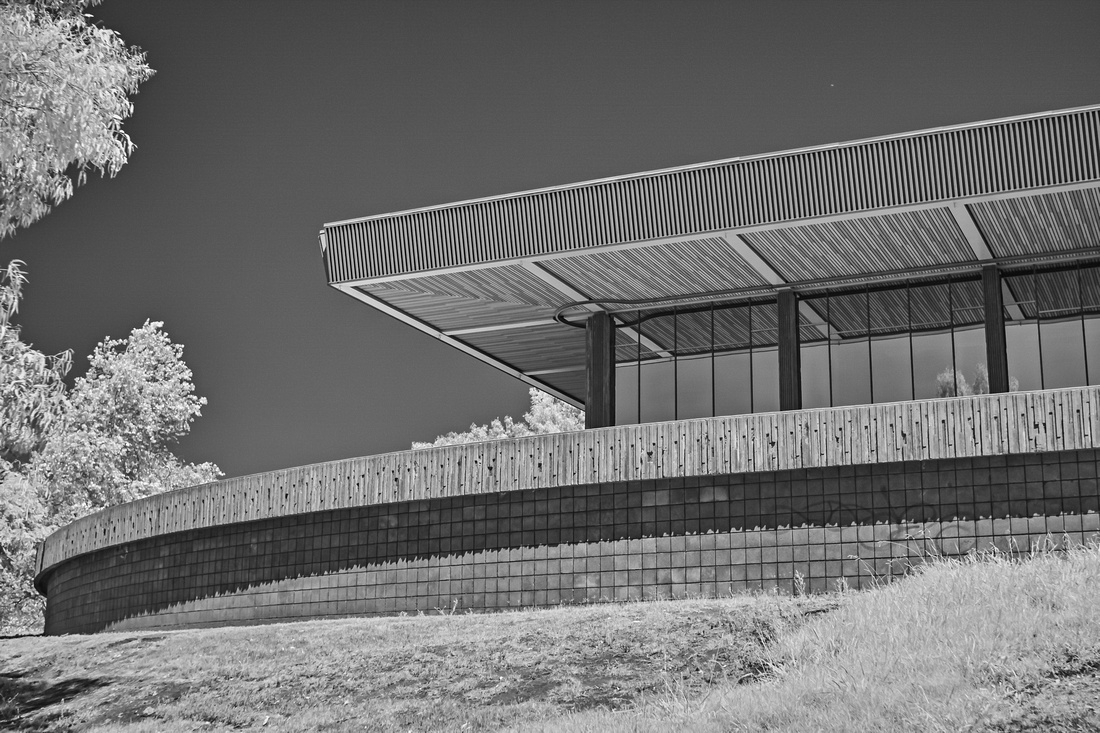 Huntington Beach Public LibraryIn the foreground is the curved retaining wall for the reflecting pool. The glass facade of the western wall is in the background.

Here is a night shot of the western wall when the reflecting pool had water in it some years ago. I still am unsure if I scanned the picture right side up or not:

Library Reflected The western facade is shown in reflection, the water in the reflecting pool being so still on the night I shot this image that I have always had trouble know which side of the image is up.

This image is of the Middle Reading Deck. I think it provides a good idea of the space inside the library: 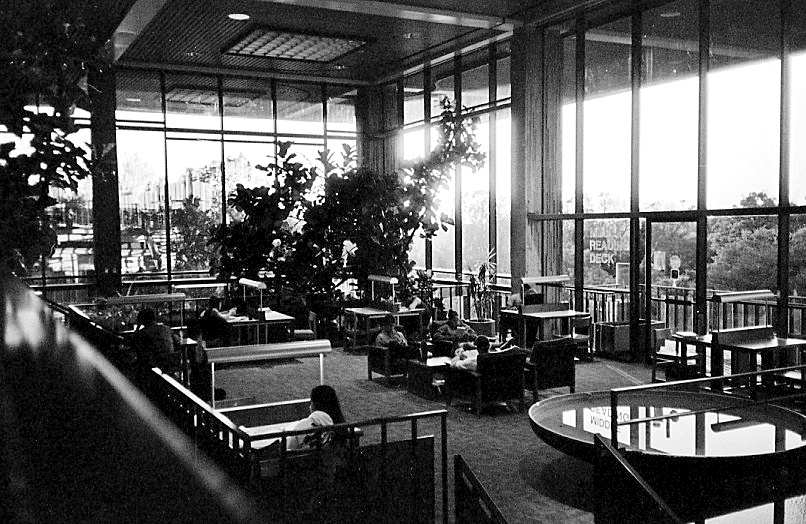 The Middle Reading DeckI think there are three reading deck levels. Maybe four if you count the upstairs magazine and periodicals section. This image provides a decent idea of style and ambiance inside the library.

This is the building in situ from across Talbert Lake: 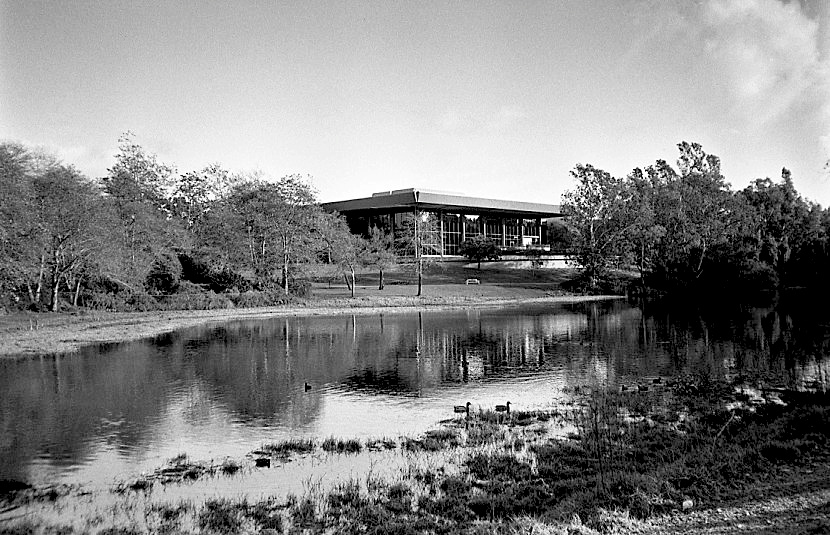